+2
Answer
Under review
Aleksandr 4 years ago

+2
Answer
Under review
Aleksandr 4 years ago

It only works for Opera :((

Thank you for the information.

Our developers will find out what could be the problem and try to fix it.

Hello I have the same problem. On first PC it appears with win 7 on win 8.1 (second pc) does not at any youtube video

Hello, in order to help you better I need the following information.
Please, send me the information listed here: http://en.savefrom.net/user.php?info=1

Hello! Our help will be more effective, if you copy and send us info about your browser and the Savefrom.Net extension:
http://en.savefrom.net/user.php?info=1
We'd also need some links you can't download (to test them).
For the better understanding it'll be great to see a screenshot with the error.
We are waiting for your reply, and thank you for contacting us Savefrom.net Team!

Hello! Due to the recent youtube changes, both our website and the add-on are enable to download in 720p.
We are trying to bypass it, but with no luck yet. For now, we can recommend switching to Televzr app, that can download in 720p and higher:
https://desktop.televzr.com/#

Hello Save From Team,

the problem has been described sufficiently. The SaveFrom menu

appears as usually under the opened Youtube-video but its menu

does not open - In most cases. This problem seems to be quite

consistent since it could not be resolved by you in the last week.

However to my wondering my old Youtube-DLG - also called

youtube-dl-Gui - suddenly works again - and with no update.

Formerly it was prompting "ERROR" all the time for 2 months!

That could be a hint that Google - by hindering SaveFrom to

work - changed anything inside its guts which suddenly enables

Youtube-DLG (the other great free downloader) - to work again.

I thought this observation might be of an interest for you.

Thank you for your efforts.

With kind regards from Portugal

Hello, for the Opera and Yandex browser, the extension with the correction is being checked by moderators.

Why I can download 720p video with audio and 1080p without sound fix this problem.

Hello, in order to download 1080p with sound from Youtube you need to install our Ummy Video Downloader program,
download video with sound through the site or extension there is no technical possibility:
http://videodownloader.ummy.net

and also for Facbook

Hello, reinstall the extension and clear the cache and cookies in the browser.

Hello! Please help me. I use version 1.10.10.4 that opens a window. Ummy doesn't activate download button any more, nor shows video quality. What happenede? Thank you. 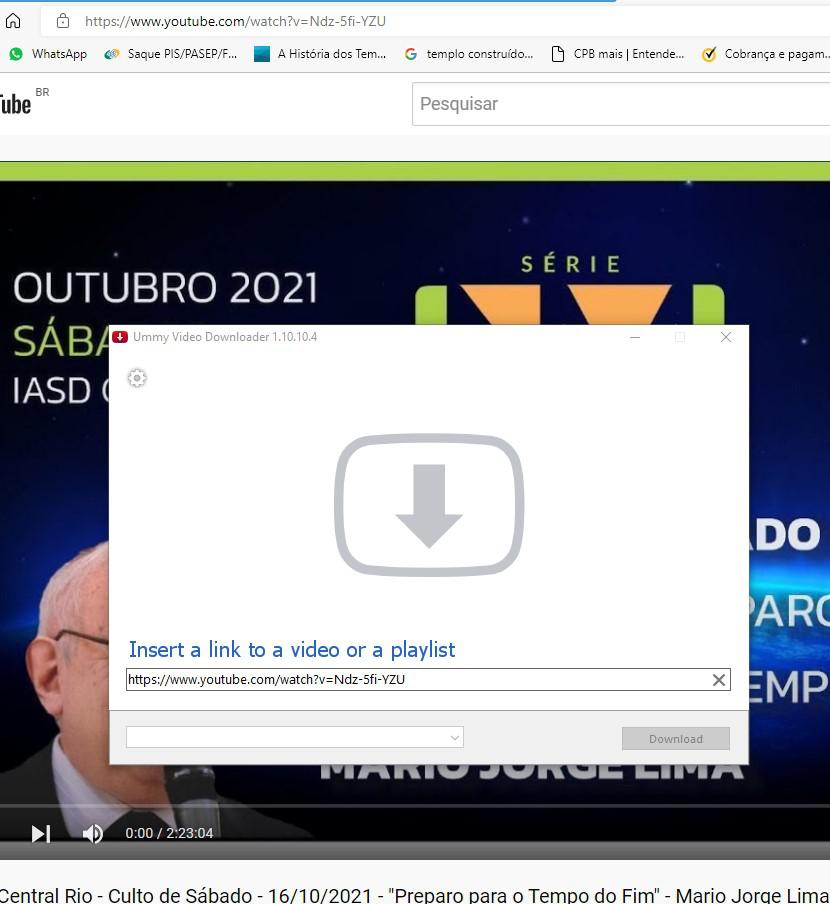 I am using savefrom.net since many years for downloading youtube videos and its working fine everytime. Hats off to their hardwork.